LABUAN SET TO BRING BACK RUGBY 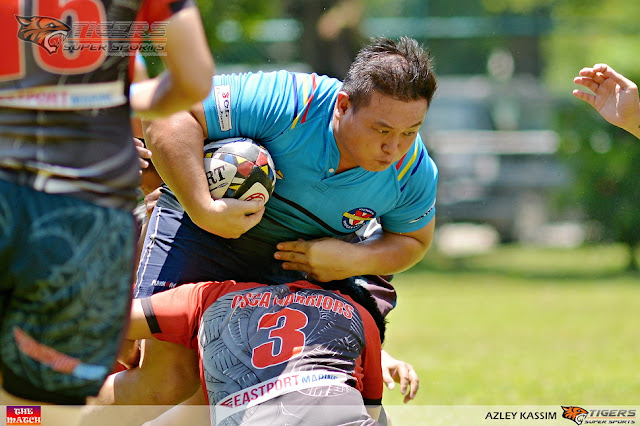 After a missing for two years due to Covid-19 pandemic, the  Labuan 10's Rugby Carnival  is finally back. The  Labuan Rugby Association  have announced that the tournament will be held on 7th-9th October Padang Perbadanan Labuan. It will an exciting week to witness rugby returns to this gorgeous island. This year's event will be the 20th edition of the Biggest Rugby Carnival in Borneo. 12 clubs, 5 veteran teams and 8 Under-17 teams had confirmed their participation at the tournament this year.  KK Sharks ,  OSCA Warriors  and home favourite  Victoria RC  will be fighting for the title this October. The tournament has a long history and had attracted many top clubs from all over the country to participate. Many national players and legends had also played here. Due to the growing popularity, Labuan Rugby Carnival had become a major event of the island. It has brought in thousands of visitors and boosted the local tourism industry. Tigers Super Sports
Post a Comment
Read more 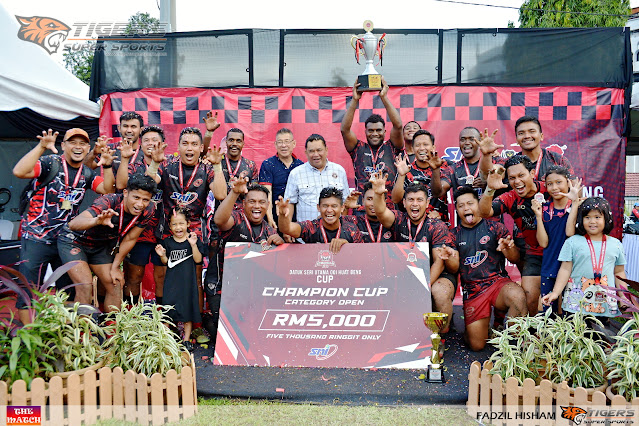 Edwardian Tigers  roared at the Esplanade Field as they won  Edwardian 10's Rugby Tournament . The Tigers beat  Blues Barbarians  21-0 in the open category final to lift the prestigious  Ooi Huat Beng Cup . It was almost a one sided final as the Barbarians could not break the solid Edwardians line-up. Powered by some great local players like  Fairuz Rahman ,  Amirul Mukminin  and  Badrul Muktee , the hosting team dominated the tournament. Fiji star  Adriu Naivuwai Naiyaga  was named the player of the tournament after showing incredible performance in the last two days in Taiping. RMP Blues  claimed the third place after defeating  ASAS RC  12-5 in the decider.  Koba RC  edged  Serdang Angels  14-12 in another final to clinch the Plate.  Kuala Lumpur RC  bagged the Bowl after a 26-5 victory over  Aqwa RC . The 2022 Edwardian 10's rugby tournament was organised by the  Edwardian Tigers Rugby Club . 24 top clubs from all over Malaysia participated in this first edition of the comp
Post a Comment
Read more

EDWARDIANS STUNNED DRAGONS IN CLASH OF THE LEGENDS FINALE 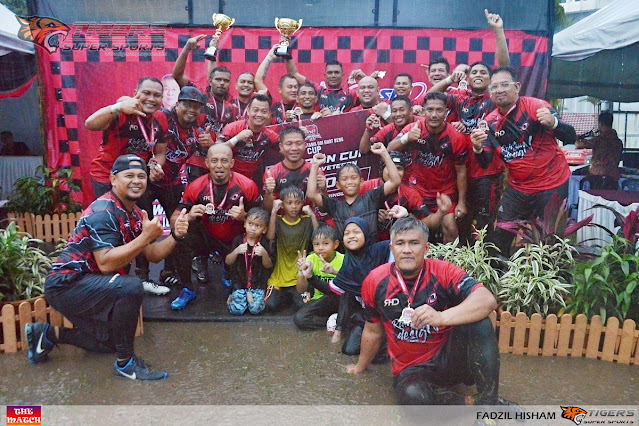 Edwardian Legends  won the veteran category at  Edwardian 10's Rugby Tournament . They beat  Dragon Legends  in cup final at the Esplanade Ground to win the inaugural Edwardian 10's. Dragons were leading 10-7 before the Edwardians went all out in the dying minutes to score the winning try. Asia Sports Channel The hosting team played their advantage to display a perfect run on the familiar pitch. Dragon Legends also had several great names in their line-up to give the Edwardian stars a run for their money. However, the never-say-die performance paid-off as the Edwardian Legends snatched the last minute victory. In another final,  X-Semsira  stunned  RMR Black Panther  7-5 to win the Plate.  Cliffordian Legends  won the Bowl through coin toss after 0-0 draw with  RMP Vets  in the final. The 2022 Edwardian 10's rugby tournament was organised by the Edwardian Tigers Rugby Club. 24 top clubs from all over Malaysia participated in this first edition of the competition.
Post a Comment
Read more 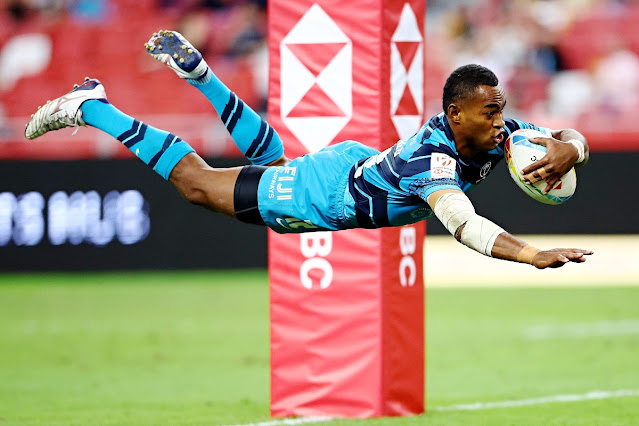 Fiji claimed the  HSBC Singapore Sevens  title after showing a good performance in the final to beat New Zealand 28-17. The Olympic gold medallists powered to an early lead in the final and never looked back as  Vuiviawa Naduvalo ,  Waisea Nacuqu  and  Joseva Talacolo  converted tries to give them a 21-0 advantage at half-time. New Zealand  reduced the deficit after the break with tries by  Regan Ware ,  Moses Leo  and  Caleb Tangitau  but a second try for Naduvalo ensured the Flying Fijians claimed their first Series title since their 2020 triumph in Australia. The Pacific island side lost their opening game to  Ireland  on Saturday but bounced back to top their pool with victories against  France  and  Japan . Fiji then eliminated Series leaders  South Africa  19-14 in the quarter-finals and come from behind to beat  Australia  19-12 in the semi-finals. Captain  Tevita Daugunu  says the win is dedicated to all the children in Fiji celebrating Palm Sunday yesterday. Naduvalo was named
Post a Comment
Read more 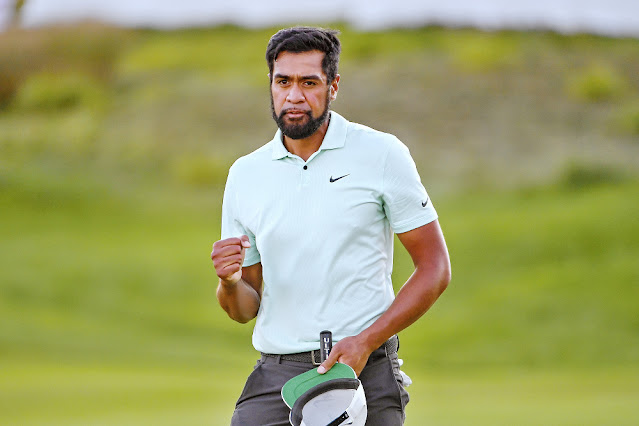 Tony Finau finally bagged his second PGA Tour title as he beat Cameron Smith in a play-off on the last day of The Northern Trust . It took him five years taste the victory again since his breakthrough at the 2016 Puerto Rico Open . Finau headed into the final day at Liberty National Golf Club trailing Smith, John Rahm , Eric van Rooyen and Justin Thomas . However, he displayed an impressive performance in the last nine, which include three birdies and an eagle in a five-hole stretch. At the end of the 72nd hole, both Finau and Smith were tied at 20 under par. The 31-year-old made par on the first play-off hole to win after Smith had driven his tee shot out of bounds. Heavy rain delayed Sunday's final round to Monday, but Finau has waited long enough to be in the winner's circle again. After 10 runner-up finishes from 142 events, he knew it was going to happen. The triumph moved him to No. 1 in the FedEx Cup Standings. Photo: Getty Image / PGA Tour SUFI SUPER YACHTS
Post a Comment
Read more 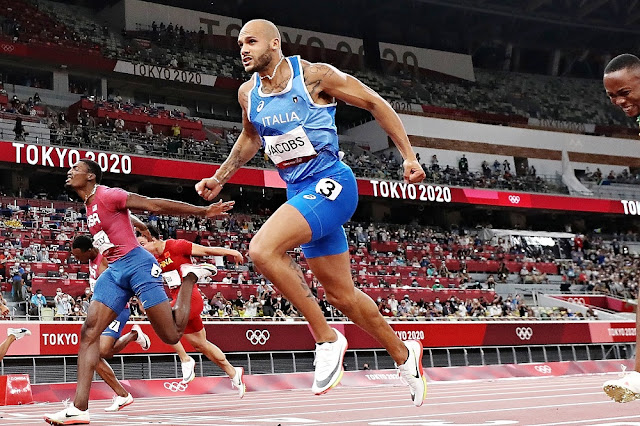 We all know by now that Italy's Lamont Marcell Jacobs Jr. won the 100m Gold at Tokyo Olympics . He is the one who win it, filling the gap after Usain Bolt ’s 13 years total domination of the sport until his retirement after Rio Olympics in 2016. Here are the 10 things you probably didn’t know about him. 1. The historic win broke the total USA and Jamaica duopoly in the sports since Jonathan Bailey from Canada won it in 2016 and only the second European since Linford Christie Great Britain in 2002 2. He was brought up by his mother when his father, an army transferred to South Korea when he was just 3 weeks old. In school, when the teacher asked him to draw his family, Marcell Jacobs only traced his mother, and he suffered. "I hated him for missing, I reversed the perspective: he gave me life, crazy muscles, speed” 3. Hashtag #JacobsTamberi was trending all over the social media meaning that Italy won 2 golds in the span of 5 minutes apart. Gianmarco Tamberi won the Gold when
Post a Comment
Read more

SCHAUFFELE STAVES OFF SABBATINI’S RECORD ROUND TO WIN GOLD 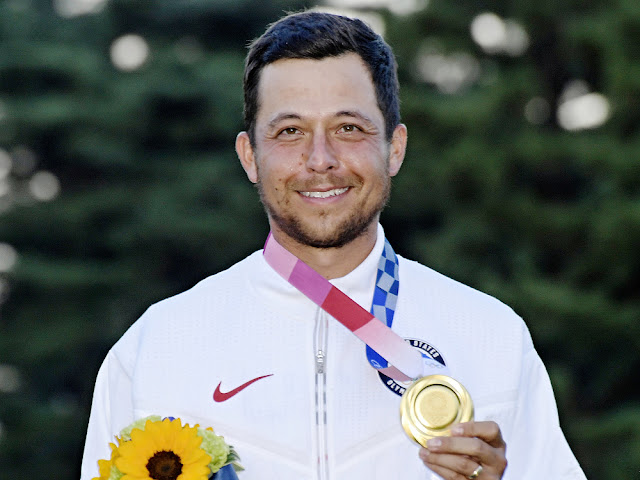 While one swing by American Xander Schauffele nearly changed the dynamics of the men’s golf tournament Sunday at Kasumigaseki Country Club , it was the 61 strokes of eventual silver medalist Rory Sabbatini , representing Slovakia, that really shook the leaderboard and the chase for Olympic gold. Schauffele ultimately emerged the winner on this hot, sunny day, clinching his golden moment with one final, gutsy par-save on the final hole for a 4-under par 67 and 18-under total. But it took the mental resilience he said came by way of his upbringing, fostered by a father of German-French descent and Chinese Taipei mother who was raised in Japan. Consider it a respectful nod to the culture of the host country, where his grandparents still live. SUFI SUPER YACHTS Until that one swing on the par-5 14th hole produced a wayward drive and bogey, Schauffele remained undeterred through a scoring assault that was unfolding ahead, led by Sabbatini’s brilliant record-setting round that concluded mo
Post a Comment
Read more
More posts 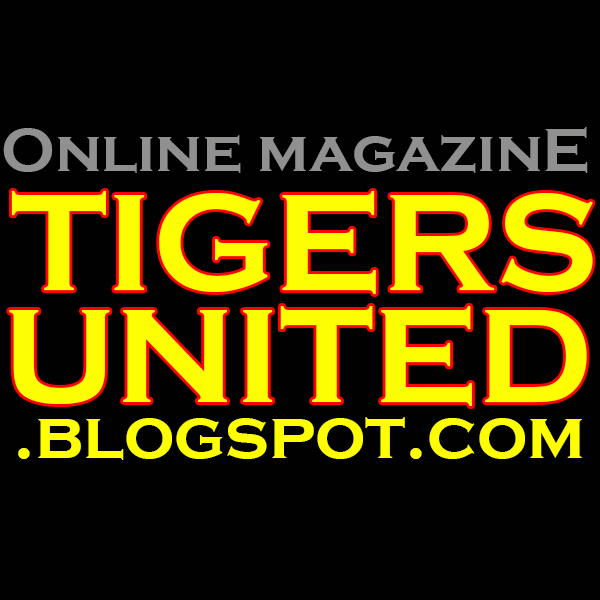